From Paris on Valentine’s Day 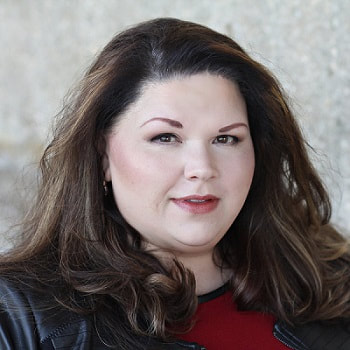 GRAMMY®-nominated pianist Joy Schreier is Praised by Plácido Domingo as an “orchestra at the piano” and hailed by Opera News as a “superbly emotive pianist [that] wrings every nuance out.” She is acclaimed as an “ideal support” at the piano, “providing much of the evening’s musical nuance” (The Washington Post) and “perfection itself…the dream accompanist.”
Schreier has been presented in recital at Carnegie Hall, Lincoln Center, Merkin Hall, the White House, the Kennedy Center for the Performing Arts, the Corcoran Gallery, the National Gallery of Art, the National Museum for Women in the Arts, the National Portrait Gallery, the Phillips Collection, the Cosmos Club, Strathmore Hall, numerous embassies and recital halls throughout the country. She has appeared with the Marilyn Horne Foundation, the Vocal Arts Society, Partners for the Arts, Philadelphia Lieder Society, and was a featured performer at the 2016 New Music Gathering.
She received wide-spread critical acclaim for Confessions, her Grammy-nominated 2020 CD release with soprano Laura Strickling. For that release, Schmopera declared Schreier as “an indispensable accompanist. She is either preternaturally intuitive or has achieved perfect communication…perhaps a bit of both.”
Schreier’s concert engagements include a sold-out Carnegie Hall debut with soprano Danielle Talamantes at Weill Recital Hall, a recital series with mezzo-soprano Isabel Leonard for the Marilyn Horne Foundation, and a nine-performance run of Carmina Burana performed with the Washington Ballet at the Kennedy Center Concert Hall. In 2009, she and Talamantes were prize winners in Thomas Quasthoff’s Das Lied competition as well as grand prize winners in the Lotte Lehman Cybersing Competition.  While at the Eastman School of Music, Schreier was the recipient of the piano prize in the Jessie Kneisel German Lieder competition.
An avid chamber musician, Schreier performs as official pianist of the Washington International String & Voice Competitions at the Kennedy Center. She serves as Assistant Conductor of the Washington National Opera and has performed as official pianist for the Metropolitan Opera National Council Auditions. She is the Assistant Conductor and Pianist of the Cathedral Choral Society. She received her Doctorate in Accompanying and Chamber Music in 2003 at the Eastman School of Music under Dr. Jean Barr where she was the recipient of the Barbara Koeng Award for Excellence in Vocal Accompanying.
This concert is part of our five-concert 2022-23 subscription season - season subscribers receive discounted tickets to all concerts. For more information, and to become a season subscriber, click on one of the links below: