“From somber and contemplative to reassuring and ecstatic”     - The Boston Globe 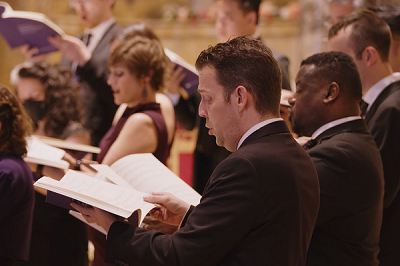 Skylark, “the cream of the American crop” (BBC Radio 3), is a premier vocal ensemble of leading American vocal soloists, chamber musicians, and music educators. Skylark’s dramatic performances have been described as “gripping” (The Times of London), “exquisite...thrilling” (Gramophone Magazine), and “awe-inspiring” (Boston Music Intelligencer). With “some of Boston’s best singers” (Boston Globe), the voices of Skylark “can sway you softly into calm and then all but throw you across the room with sheer harmonic force” (Thought Catalog).

Skylark strives to set the standard for innovative and engaging programs that re-define the choral experience for audiences and singers alike. Artistic Director Matthew Guard’s well-researched and creative programs have been described as “engrossing” (WQXR New York) and “original, stimulating, and beautiful” (BBC Radio 3). Skylark’s most recent three recordings all reached the top 10 of Billboard’s Traditional Classical Chart, earning praise for “imaginative” programming (Limelight Australia) and “singing of the highest standard for any area or any repertoire” (Classics Today). 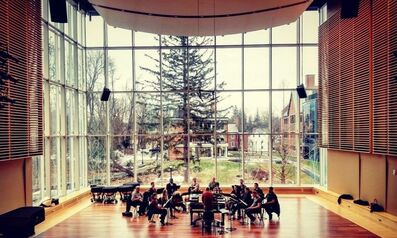 Since its founding in 2011 in Atlanta and Boston, Skylark has branched out to perform its dynamic programs in museums, concert halls, and churches across the United States. Skylark made its international debut in March 2018 at St. John’s Smith Square, London, as part of the UK choir Tenebrae’s Holy Week Festival. The Times of London declared that Skylark was “the highlight” of a festival that included some of the UK’s leading choirs, including The Tallis Scholars, Polyphony, Tenebrae, and the Gabrieli Consort.

​In 2017, Skylark embarked on a historic tour with Clear Voices in the Dark, a compelling program featuring Francis Poulenc’s notoriously difficult Figure Humaine paired with songs of the American Civil War. Skylark’s performance at the French Institute Alliance-Française in New York was described as “fascinating…. impeccable diction and a seamlessly blended sound… Singing in a shimmering pianissimo that rises to a triumphant crescendo, the Skylark ensemble practically opens the heavens with the beauty of their sound…” (Stage Buddy NYC). The previous year, Skylark made its debut at Atlanta’s celebrated Spivey Hall with a chamber performance of Rachmaninov’s All-Night Vigil. 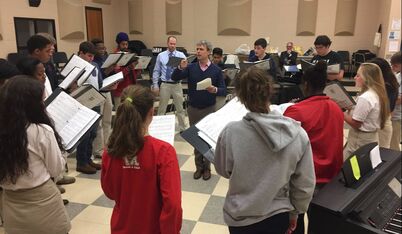 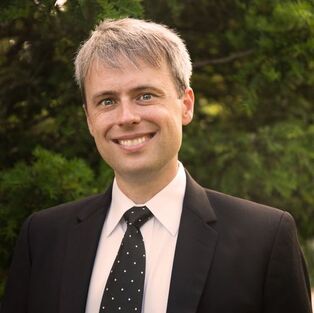 Three-time GRAMMY® Nominee Matthew Guard is quickly earning a reputation as one of the most innovative and thoughtful programmers in American choral music. Praised for his “catalyzing leadership” (Q2/WQXR) and “musically creative and intellectually rich” programming (Opera Obsession), Matthew is passionate about communicating something unique in each concert and recording. He scours the world of available repertoire for each program, exhaustively researches each piece, and crafts concerts and printed programs that captivate audiences with their hidden connections and seamless artistry. In addition to his day-to-day leadership of Skylark and role as a conductor in concerts, Matthew is also an active arranger and editor of scores, as he rarely finds programming ideas that will truly sing without at least one piece specifically arranged or composed for the program.
​“Matthew Guard knows something about the importance of programming, and how to achieve excellence in the process."
- Classics Today

​“Matthew Guard, conducted with small, precise gestures, which gave maximum effect: every note was hand-crafted, shades of speed and dynamic were meticulously observed, and the choral blend was superlative."
- Music OMH (London)

“Conductor Matthew Guard’s own arrangements –  a stately, hazily optimistic version of 'When This Cruel War Is Over', a plaintive take of 'Soldier’s Memorial Day' and finally a 'Battle Hymn of the Republic' that transcended schoolyard mockery – were true to the spirit of the times."
- Lucid Culture (NYC)

Meet the Skylarks, some of the most talented vocal soloists, chamber musicians, and music educators in the United States.